Shri Mataji's extensive travels at this age amazes everyone who knows Her. She left India for UK a while back, on the way from Australia.

The news story from India mentions that during their stopover in Mumbai, they stayed in the Jijabai Suite. Jijabai was the great mother of the herioc realized soul, Shivaji. Shivaji has been praised for his bravery in many tributes in Mother's talks. His bravery, courage and light have graced our textbooks as we studied History in middle school.

Jijabai was a true Viramata, mother of the courageous. She has mentioned the need for those who call Her Mother, to be brave walking the path of Kundalini Yoga. Kundalini Yoga takes courage of the highest order.

Link to the complete story: http://www.sahajayoga.org.in/NewsInDetail.asp?NID=127 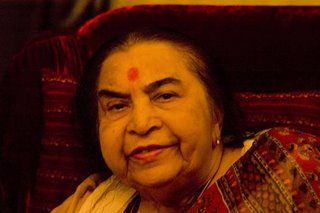 It is St. George's day in England. Shri Mataji and Sir CP spent an evening on this day with the English yogis and the atmosphere was quite charged.

St. George's day also happens to be the birth and death anniversary of the Bard. Shakespeare was born this day and Shri Mataji was presented a book of his complete works this evening.

Shri Mataji, your smile blossoms our hearts. Please continue to smile on...

Pictures and Videos on http://syuk.org/shrimataji2006 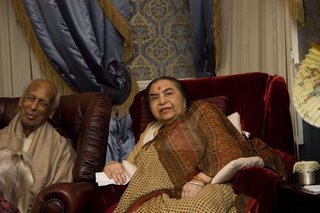 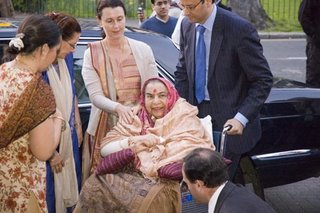 With great pleasure, the Sahaja Yoga community of UK welcomed the advent of H. H. Shri Mataji in London, in preparation for Sahasrara Day Celebrations. Shri Mataji's smiling countenance puts our hearts and minds to peace as we join hands to welcome Her presence in the heart of the Virata. 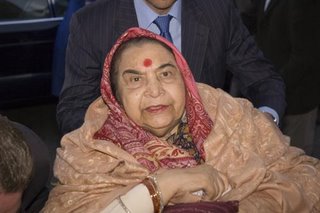 Children and adults alike gathered in a nearby townhall to welcome Shri Mataji and Sir CP. 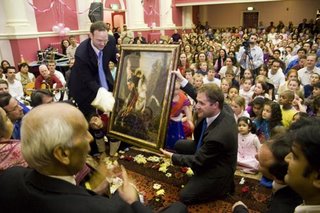